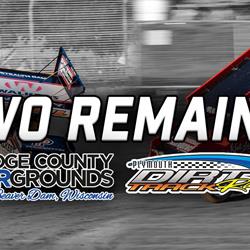 Return of Smoke to Wisconsin

The May 20th and 21st races at Wilmot Raceway and Angell Park Speedway just got a lot more exciting. As the Bumper to Bumper Interstate Racing Association (IRA) and The Arctic Cat All Star Circuit of Champions roll into two of southern Wisconsin's finest dirt tracks, they will be joined by a very special guest. Tony Stewart, known to many as Smoke, owner of the All Stars will be bringing his Rush Truck Centers 14 car with him. Tony expressed his hopes for more IRA and All Star co-sanctioned events saying, “Our All Star guys love going to Wisconsin so hopefully we can continue to the grow the involvement between the two Series’. We’ve got a handful of young rookies running with us this year so expect to see some new faces competing for wins.”

Tony's last visit to Wisconsin came in 2013 when he and now 7 time IRA champion, Bill Balog treated fans to one of the best races in IRA history as the pair traded the lead multiple times in the closing laps. Stewart would go on to win by less than a car length. Tony planned a return trip in 2013 to compete with the IRA at Wilmot but a leg injury would force his Wilmot debut to be postponed until now. When asked about the trip Tony said,
“I’m really looking forward to getting back into my sprint car up in Wisconsin in May. It’s always fun running with the IRA sprints with Steve Sinclair. Steve and his team do a great job up there and I’m really excited that we have been able to expand the weekend to include Angell Park this year with the All Stars. It should be a fun couple of days with great weather. The last time I raced in Wisconsin, I had a great battle with Bill Balog at Sheboygan, I think that was in 2013. It’s probably been 15 years since I raced at Angell Park and I’m not sure I have ever raced at Wilmot, so we can check that track off the list. Hopefully, I can show some consistency and compete for wins both nights.”
Tony, a member of the National Midget Hall of Fame, who has ran countless midget laps at Angell Park knows that even though he has considerable experience on the historic oval he will have his work cut out for him if he wants to visit victory lane either night of the weekend, as both nights will have a strong field of drivers who will contend for the win. Stewart explained “We’ve got 18 full time All Star members this year, together with the IRA sprints, we should have a spectacular car count.”

Wilmot’s All Star races have previously been dominated by Dale Blaney but as he is not a series regular this year the door has been left wide open for Stewart, or someone else, to claim a big victory. 3 time Wilmot track champion, defending IRA champion and last years dash winner Jeremy Schultz, driver of the Crawford Oil and Propane 5J, is definitely at the top of the list of names to watch on May 20th. Also keep an eye out for Tony’s biggest competition from 2013, Bill Balog, who won his first career World of Outlaws race just last year and proved he is a tough competitor anytime his Rhine Auto/Buesser Concrete 17B hits the track. On May 21st as the cars roll into Sun Prairie Wisconsin's Angell Park Speedway eyes will surely be on Scotty Thiel. Thiel who parked his Professional Plating 64 in the historic Angell Park victory lane on two different occasions last year became the first repeat winner in winged sprint action since the 2014 return of the IRA to the 1/3rd mile dirt oval. If Tony can use his countless laps at Angell Park to quickly adapt to the winged car he will surely be a strong contender, as he hopes to become the 11th winner in 12 IRA races at Angell Park.

The IRA looks forward to hosting Tony and his All Stars for two exciting nights of dirt track racing. Saturday May 20th will see the series do battle at the Wilmot Raceway in Wilmot, Wisconsin located directly between Chicago and Milwaukee. Sunday May 21st will see the driver's head north to Sun Prairie Wisconsin’s Angell Park Speedway. Be sure to arrive early both nights as the stands will be packed for the return of Smoke to Wisconsin. 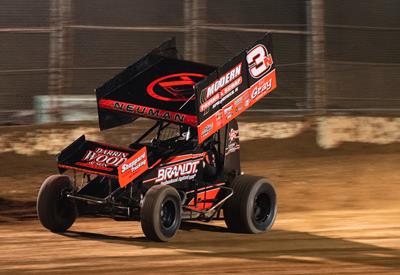 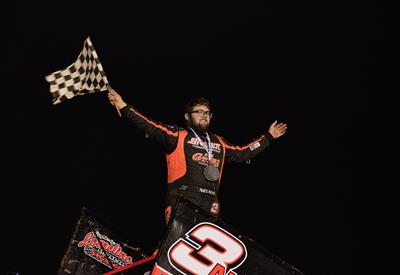 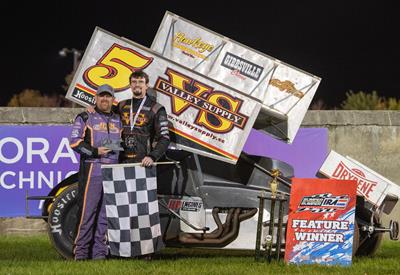 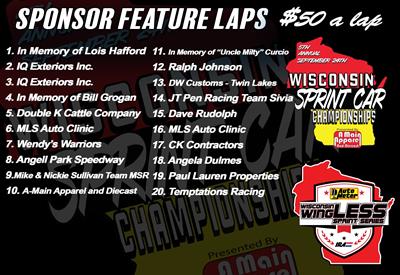